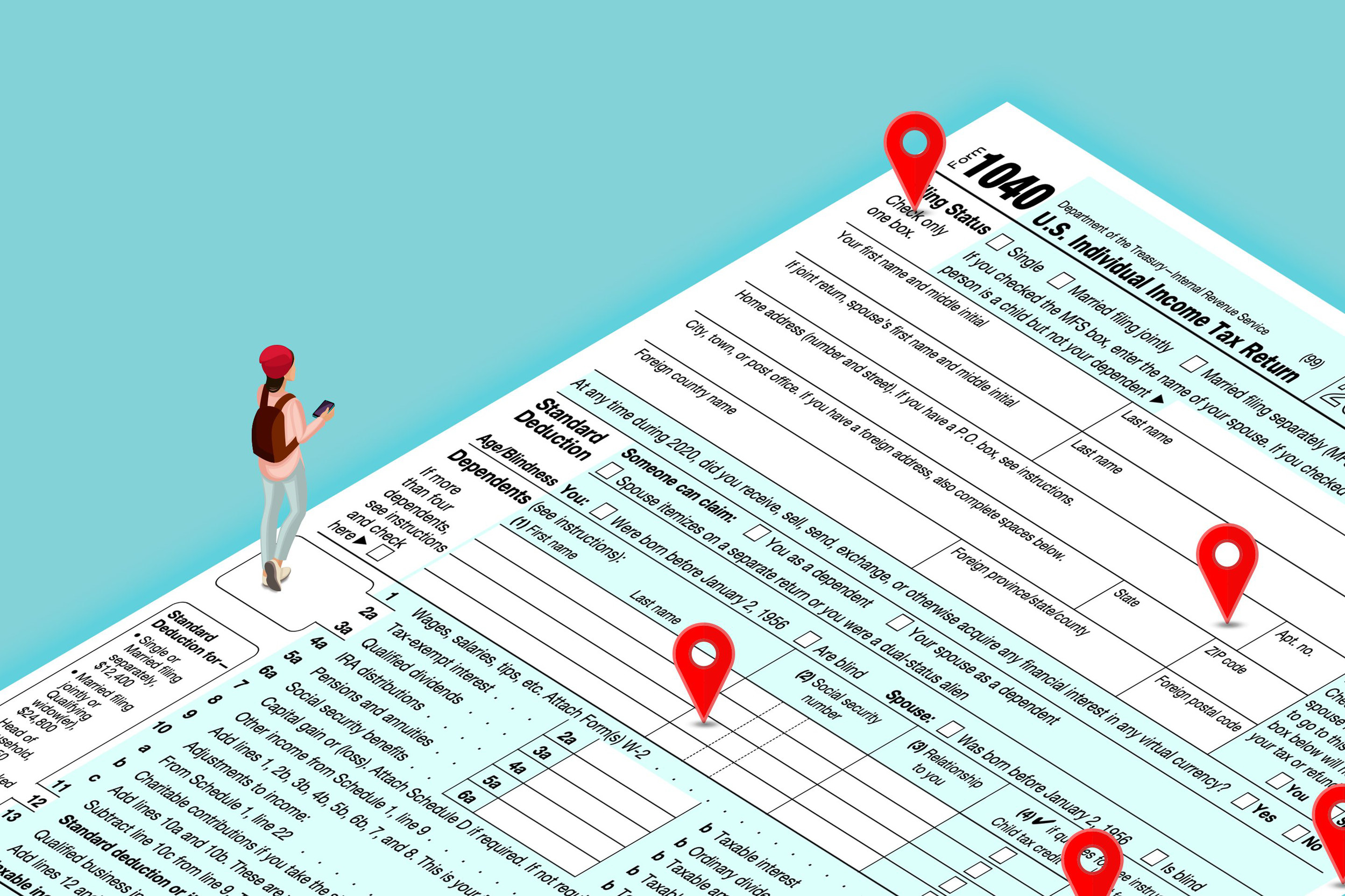 Taxes may be an inescapable bane of being a working adult. But teens and college students shouldn’t ignore their W-2 forms, either. While a full-time high school or college student who earns money via a part-time or summer job might not need to file a tax return, spending a few minutes filling out the forms can mean significant financial benefits.

When are teens or college students required to file taxes?

A person who has an income of less than $12,400 — the standard deduction for 2020 — doesn’t usually have to file a federal tax return.

The exception is for those who qualify for the so-called kiddie tax — a rule that requires some taxes on investments owned by individuals under 19.

“Once you have at least $1,100 in investment income, you must file, and after $2,200, you start having to pay taxes at your parents’ tax rate,” says Yves-Marc Courtines, a financial planner in Manhattan Beach, Calif.

But as long as the money is income from a job, reported on a W-2 form, the kiddie tax doesn’t apply, so that gig as a camp counselor or lifeguard is in the clear.

Even though filing isn’t required for the person who earned less than $12,200, it’s still a smart thing to do. For one thing, says Dan Herron, a financial planner and certified public accountant in Pismo Beach, Calif, filing makes the IRS less likely to mistakenly think you’ve failed to pay taxes owed.

“The IRS gets upset when it sees a W-2, but no tax return attached to it,” Herron says. “If you have earned income, you should file.”

But perhaps more importantly, five minutes with TurboTax (or ten with a pencil) can pay off in multiple ways. First, a person who earned less than $12,200 last year probably doesn’t owe any federal or state taxes. That means filing gets you a refund of any taxes your employer withheld from your paychecks. It may also help you access some tax credits that will boost the amount of money you’ll get back from the federal government.

What tax filing status should students use?

Once you’ve decided it makes sense to file a return, you have to figure out dependency status. For high schoolers, that’s easy: if they’re under 19 and live with a parent for at least half the year, they’re dependents on the parent’s tax return.

But for college students, it’s more complicated. The IRS lets parents claim children as dependents up to age 24 if they’re enrolled in school, and most parents do so. But claiming a student as a dependent isn’t required, Herron says.

“Parents take students as dependents because they can,” he says. “You don’t have to. It’s often advantageous for middle-income parents, but do the math and see.”

He means financially advantageous: in addition to the dependent credit, parents of college students can qualify for some valuable educational tax credits if they’ve spent money on higher education. But if your income is too high to take those educational credits (more details on them below), consider whether your college or graduate student has an income that’s low enough to benefit. You’ll lose a $500 dependent credit, but your child could take a credit worth much more.

Educational tax credits: Which should you claim?

The AOTC is worth a maximum of $2,500 per student for each of the first four years of higher education: 100% of the first $2,000 in tuition payments and 25% of the next $2,000. Those tuition payments need to come from either parent or child, so it’s wise to adjust any amount that comes from a 529 college savings plan or a grandparent so that there’s at least $4,000 left for parent or child to pay. If the credit brings the tax owed to zero, 40% of any remaining credit, up to $1,000, is refundable.

The Lifetime Learning Credit is worth $2,000 a year per student for an unlimited number of years, so it can help pay for undergraduate, graduate, and professional study. It’s particular useful after you’ve exhausted your four years for the American Opportunity Credit. Taxpayers can choose which credit they want to take in a given year, and they can take different credits for different dependents — but they can’t take both credits for one student in the same year.

Eligibility for both credits begins to phase out for individuals who earn $59,000 a year and ceases at $69,000 a year (or $118,000 and $138,000 for couples filing joint returns). That’s the cutoff where it can make sense for a student to file independently, so they can access the credits.

Shifting dependent status could also help your student get pandemic stimulus money. Both rounds of pandemic aid, totaling $1,800, have gone to adults and children ages newborn to 16. Other dependents — and their parents — lost out. Someone who was a dependent age 17 or older in 2019, however, could get both stimulus payments as a tax credit by filing independently for 2020.

Joanne Burke, a financial planner in Vienna, Va., points to her daughter as an example. Burke claimed her daughter as a dependent on her 2019 taxes. In 2020, however, her daughter will file independently, and expects to see a $1,800 tax credit on her return.

This article was written by Ingrid Case from MONEY and was legally licensed through the Industry Dive publisher network. Please direct all licensing questions to legal@industrydive.com.