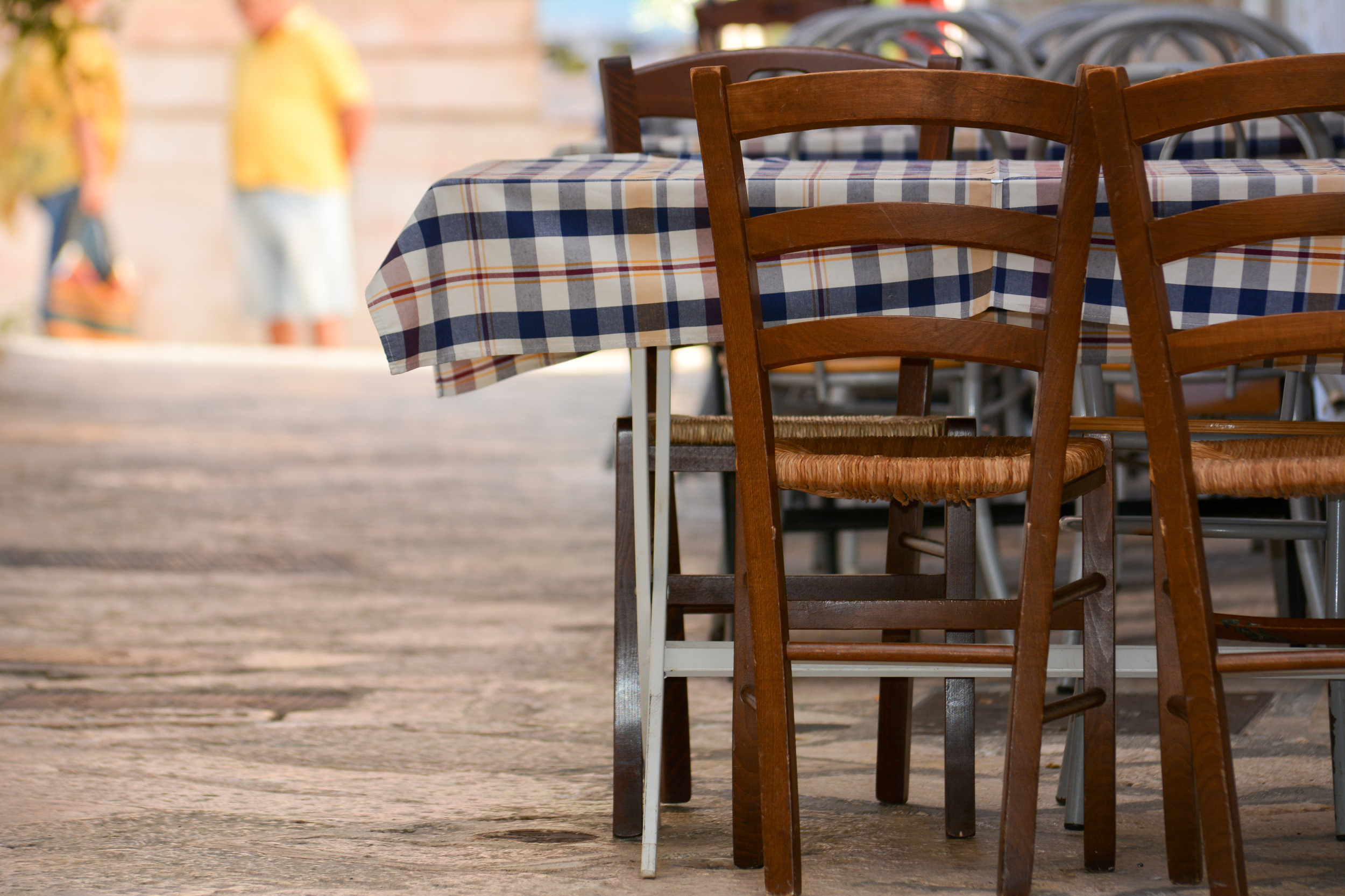 At a trendy restaurant in Chicago's Uptown neighborhood, diners sat at a table near the front window and chatted casually over drinks.

To someone looking in from the busy stretch of Broadway, the dinner party looked like any other group of friends grabbing a bite after work.

But these unlikely dinner companions -- a homeless man, a woman getting by with the support of a LINK card and a housing subsidy, and working professionals from Lincoln Park, the Gold Coast and the West Loop neighborhoods -- were trying to do something they say doesn't happen enough.

The group is part of a new initiative called Dinners for Humanity, which pairs Chicago residents with homeless and other people down on their luck for a sit-down dinner at a restaurant.

With almost no overhead costs and a simple strategy -- setting up the monthly dinners, where volunteers agree to spend about $30 on dinner for themselves and their guest -- the nonprofit that started through a social media post aims to address the Chicago area's ongoing homeless problem in a small but meaningful way.

"We live in a world that's so incredibly divided for no good reason," said Alex Ripley, 40, who volunteered recently as part of the group's second gathering. "It's just an opportunity to reconnect."

The dinner came one week before construction began on a project that displaced dozens of homeless residents living in tents just a few blocks away under the Lake Shore Drive viaducts at Wilson and Lawrence avenues. Advocates for the homeless had tried to block the city from starting construction, arguing that the city's plans for bike paths and sidewalks intentionally kept the homeless from returning. But a judge ruled that the city could move forward with the project.

Given the emotional debate that has gone on for weeks, advocates for the homeless say Dinners for Humanity could offer a way to help Chicago residents to get to know their community -- including some of the 82,000 people living in shelters, doubled-up with other families or on the streets.

"There are different ways to help people better understand what people living in extreme poverty and with low income and no options," said Anne Bowhay, director of foundation relations and media for the Chicago Coalition for the Homeless. "One-on-one experiences have a real impact."

Dinners for Humanity was developed by a young professional named Mehdi Lazrak, who moved to Chicago last year. A Morroccan immigrant who came to the U.S. to get a degree at Yale University, Lazrak said he was surprised to see the way people in America seemed to look down on the homeless population and walk by people living on the streets without concern.

While working his first job out of college in Seattle, Lazrak offered to take a homeless man he saw each day at a bus stop out to dinner. He was surprised by the way the gesture gave him a deeper understanding of the man's challenges, he said.

"It really changed my perspective," said Lazrak, 26. "I always felt compassion for homeless people, but I just had no idea about circumstances about what lead them to be homeless."

When Lazrak was transferred by his company, Expedia, to Chicago in 2016, he decided to start a community project that made more of those dinners possible. He put a message on Facebook and Meetup.com to gauge interest and was grateful when volunteers eagerly came forward.

After several months of planning, the most enthusiastic and involved volunteers became the nonprofit's board members. To keep costs low and make easy connections, they partnered with a well-established group, Inspiration Corporation, a nonprofit that already was offering meals, job training and other services in Uptown.

Volunteers knowingly accept that some of the dinner guests may have criminal histories or mental illness, but the organizers have made it their mission not to discriminate unless there is a real safety risk.

"It's a simple activity that brings people together," said Xochitl Guerrero, a Dinners for Humanity board member who spends her days working with mentally ill inmates in Cook County. "You get reacquainted with humanity."

The volunteers and dinner guest meet briefly at the Inspiration Corporation's North Broadway office before being dispatched into small groups who walk to nearby restaurants, which are not alerted ahead of time. The planning of the events is the biggest challenge, since many dinner guests are hard to reach and drop out at the last minute.

But once they're on the way to the restaurants, the conversations are unscripted and uncensored, Lazrak said.

Over potstickers, spring rolls and chicken satay at Dib Sushi Bar, Renee Martin, 31, told her dinner companions that while she is glad to no longer be homeless, the cost of living in Chicago makes it sometimes feel impossible for her to imagine a day when her paychecks will be enough to cover rent, food and other expenses. In addition to her LINK card and a rent subsidy, she donates plasma regularly to make ends meet, she said.

"I've really been fighting for my independence," Martin said. "You've got to be responsible, even when it's hard."

Emily Holland, 30, a freelance writer living in the Gold Coast, said she was nervous when she stepped off the train for the volunteer opportunity, but headed home feeling inspired and fulfilled.

"I ended up feeling more comfortable at that table and more connected with people than I have in other social settings," Holland said. "I was pleasantly surprised with how much we had to talk about."

Lazrak and other organizers hope that as the nonprofit continues, it will grow its volunteer base and encourage ongoing relationships between the dinner participants. Organizers believe that the small interactions have the potential to grow into community-wide conversations that humanize the homeless and raise the public's awareness about how to help.

Until then, they're just glad to be introducing people and filling stomachs.

While digging into a steak dinner with dill rice and charbroiled vegetables, Sidney Wright described how even though he works regularly selling concessions at White Sox games and other odd jobs, he can't afford a security deposit and regular rent for an apartment and bounces between shelters.

As he finished the last sips of his Coke, he thanked his dinner dates for a great evening.

"I fell but I didn't fall out," said Wright, acknowledging past struggles.

"I'm down, but I'm not out," he told his dinner companions. "It's good to be treated well."

This article is written by Vikki Ortiz Healy from Chicago Tribune and was legally licensed via the Tribune Content Agency through the NewsCred publisher network. Please direct all licensing questions to legal@newscred.com.