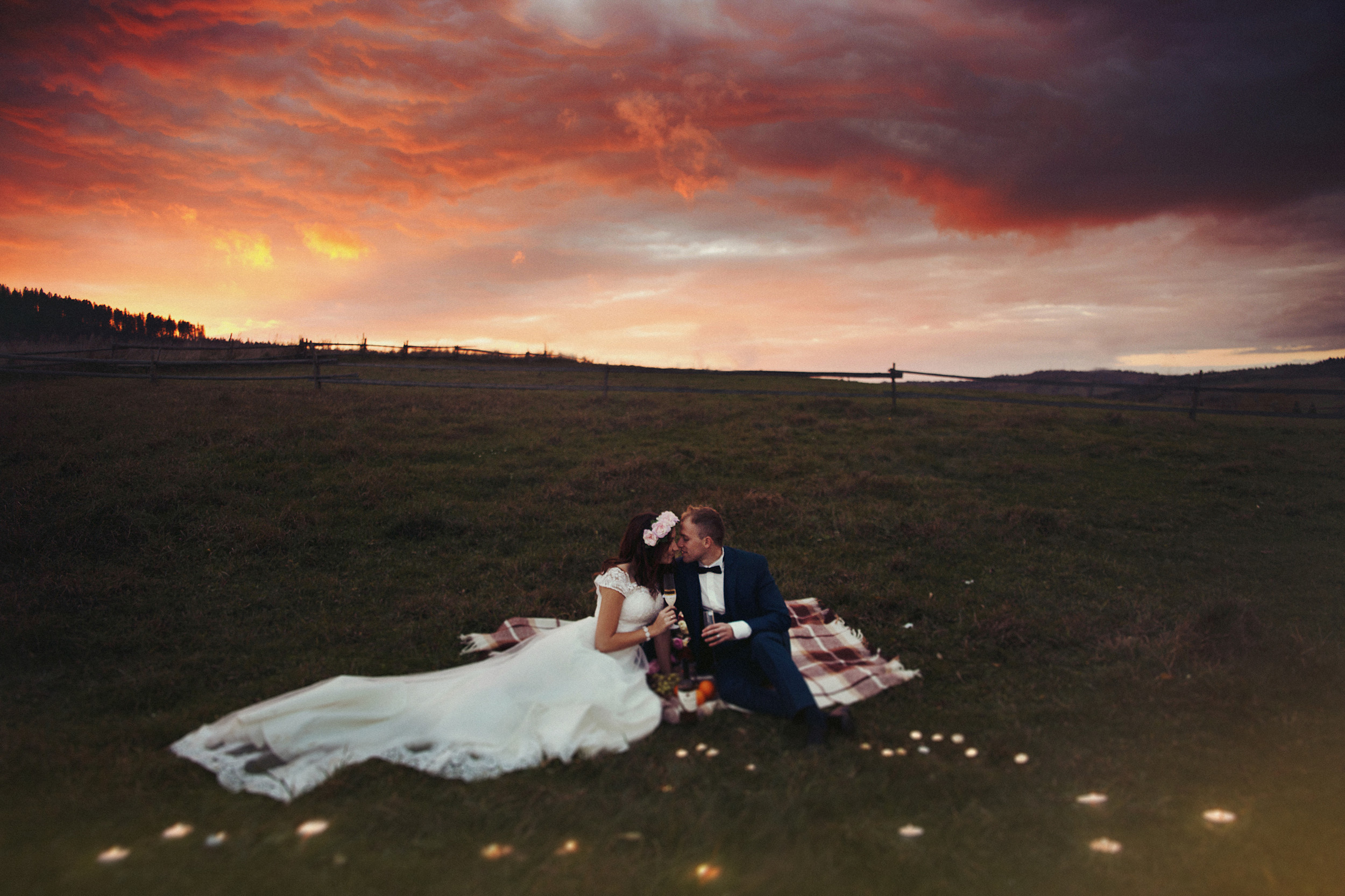 In part 1 of this frugal wedding mini-series, I talked about how my fiancé and I are trying to spend just $2,500 on our wedding.

Surprisingly, the actual spending aspect has not been an issue so far. We're well on our way to achieving our goal. In Wisconsin, where we're getting married, there are fantastic deals to be had. For instance, we recently snagged what amounts to 400 servings of good-quality wine for a total of $380. A rough estimate of that would have cost us in New York City? Five grand and the naming rights to our first-born child. We also got 100 pounds (yes, one hundred) of nice pork for just $100.

While the money hasn't been an issue, different pressures are starting to build. We tie the knot in late August, and what once felt distant is now very real. In the hit HBO TV show Game of Thrones, a common refrain among characters making war preparations is that "Winter is coming." Well, in my home, Summer is coming, and there's a lot to be done: save-the-dates, a website, invitations, food, drinks, speakers, tables, tents, flowers, favors, and more.

None of this sounds daunting until you're actually in the thick of it. No major fights have broken out between my fiancé and I, but there has definitely been tension. The disagreements generally arise after I get halfway through a task and then realize just how much time we've spent on it.

"Time is money!" I'll exclaim. "We should have just hired someone."

Then, my fiancé firmly reminds me about how much we're saving, and we get back to work (it should be noted that she also enjoys the organizational aspect of planning far more than I do).

My fiancé is always ready to point out that the average salary of a wedding planner is $44,000. That means they earn roughly $20 per hour working full-time. So far, we've spent about 30 hours planning our wedding. So, in theory, we've already saved over $600 on labor.

The flip side to that coin is that I can also look at every hour spent planning as "costing" us $20 in opportunity cost. If we're the wedding planners, then our time should be valued at $20 per hour as well. And when I'm in that mode, I get frustrated by how long things take.

I now realize I could have been better prepared for the amount of effort that goes into wedding planning. All I had to do was remember that I am constantly under the influence of certain cognitive biases. These are the quirks of the human mind that make us behave irrationally. And when it came to wedding planning, I failed to account for a classic mental shenanigan: The Planning Fallacy.

This term, coined by famous psychologists Daniel Kahneman and Amos Tversky, refers to the "tendency of individuals to underestimate the duration that is needed to complete most tasks."

That describes my experience with wedding planning to a tee. To understand just how off my timing estimates were, here's how long I had hoped three of our main tasks would take, and how long they have actually taken:

We knew for a long time that we wanted to send save the dates and invitations via email. I figured we would craft a simple message and boom, done.

Oh, how naive I was.

First, there was the problem of collecting emails. Sure, my immediate family and friends were easy. The extended family is where it gets tricky. I see these people from time to time, but we never email. I had a mishmash of AOL and Hotmail accounts that surely must have been created in the early 90s. I'd reach out, get a bounced email back, try a new address that my mom found, get a bounced email back, and finally reach out to a distant cousin on Facebook to track down the correct address.

Then, there was the writing and re-writing of the actual content of our save-the-date. We wanted to make it short and to the point, but also throw in some flair. People aren't used to getting save-the-dates via email, so we wanted it to be special.

I embrace our frugality, but I also don't want to be branded forever as the weirdo whose save-the-date consisted of a one-line email. So this took quite a bit of thought.

After settling on a nice picture to include and taking out some-less-than wholesome jokes we wanted to make, we were finally done. The whole process took several nights of concerted effort.

We'll have a lot of folks coming in from out of town, so we wanted to make things as easy as possible for them. We'd create a simple wedding website that laid out hotel and travel options.

Well, we made the site, but it wasn't so simple. Even with the great free website tools that are ubiquitous nowadays, it took quite a bit of effort to build the site we wanted. The color scheme, fonts, and layout had to be just right. Hyperlinks had to work. Images needed to be resized. The list goes on.

We also ended up including maps, flight suggestions, and a few different warnings about driving in the country (watch out for deer!).

While the website and save-the-date duties were shared, I take full responsibility for the disaster that was our gift registry.

We decided to use Amazon.com because people are familiar with it and they have a wide selection. They make everything easy, and I have nothing bad to say about their service or products.

I really thought I would just cruise Amazon.com, throw a bunch of stuff onto the registry, close my computer, and go enjoy some fresh spring air.

What I failed to account for was the chance that I would spend over an hour deciding between two different cast-iron skillets. One hour. On one item.

We have over a hundred items on the registry. You can see the problem.

I fell into the trap of seeking the best instead of settling for good enough. Rather than try to figure out if one skillet, plate, or knife was the "best," I should have just added some quality options and moved onto more important things.

I ultimately came to the realization that I was acting like a crazy person, but the damage had been done.

Using my $20 per hour benchmark, these tasks "cost" me $520 more than I was expecting they would. In the spirit of avoiding the planning fallacy trap, I want to be more realistic from here on out.

Hopefully, taking this more honest approach can help me stave off frustration and keep me focused so that I can complete tasks faster. As the classic G.I. Joe saying goes, "Knowing is half the battle." If I'm prepared, nothing can phase me.

Here are some things we still have to get done, and how long I realistically think they will take:

Maybe some of those estimates seem absurdly high. Well, that's the point. Even as I wrote this, I was tempted to reduce some of the time frames. That's the power of the planning fallacy.

If you can recognize the innate human tendency to under prepare, you'll be less stressed out if seemingly simple tasks take longer than you hoped they would.

Maybe my dad was actually onto something when he insisted our family always get to the airport absurdly early. "Don't ever underestimate Los Angeles traffic," he would say, as he ushered us groggy kids into the car at 5 a.m. to catch a 9 a.m. flight. He understood that things tend to take longer than you expect.

I'm going to try to take a page out of his book. If I expect things to take a lot of time and effort, I'll be more resilient when roadblocks come up. Will I be successful? Stay tuned.

This article was written by Drew Housman from The Simple Dollar and was legally licensed through the NewsCred publisher network. Please direct all licensing questions to legal@newscred.com.

Related Topics
January 28, 2021
I sat down with my parents and let them show me the budgeting system that helped them retire early and now I'm on track to do the same
by Elizabeth Aldrich
January 14, 2021
Want to get financially healthy in 2021? 5 simple New Year’s resolutions
by Liz Frazier
December 03, 2020
6 tips for teaching your kids about holiday budgeting
by Justin Weinger