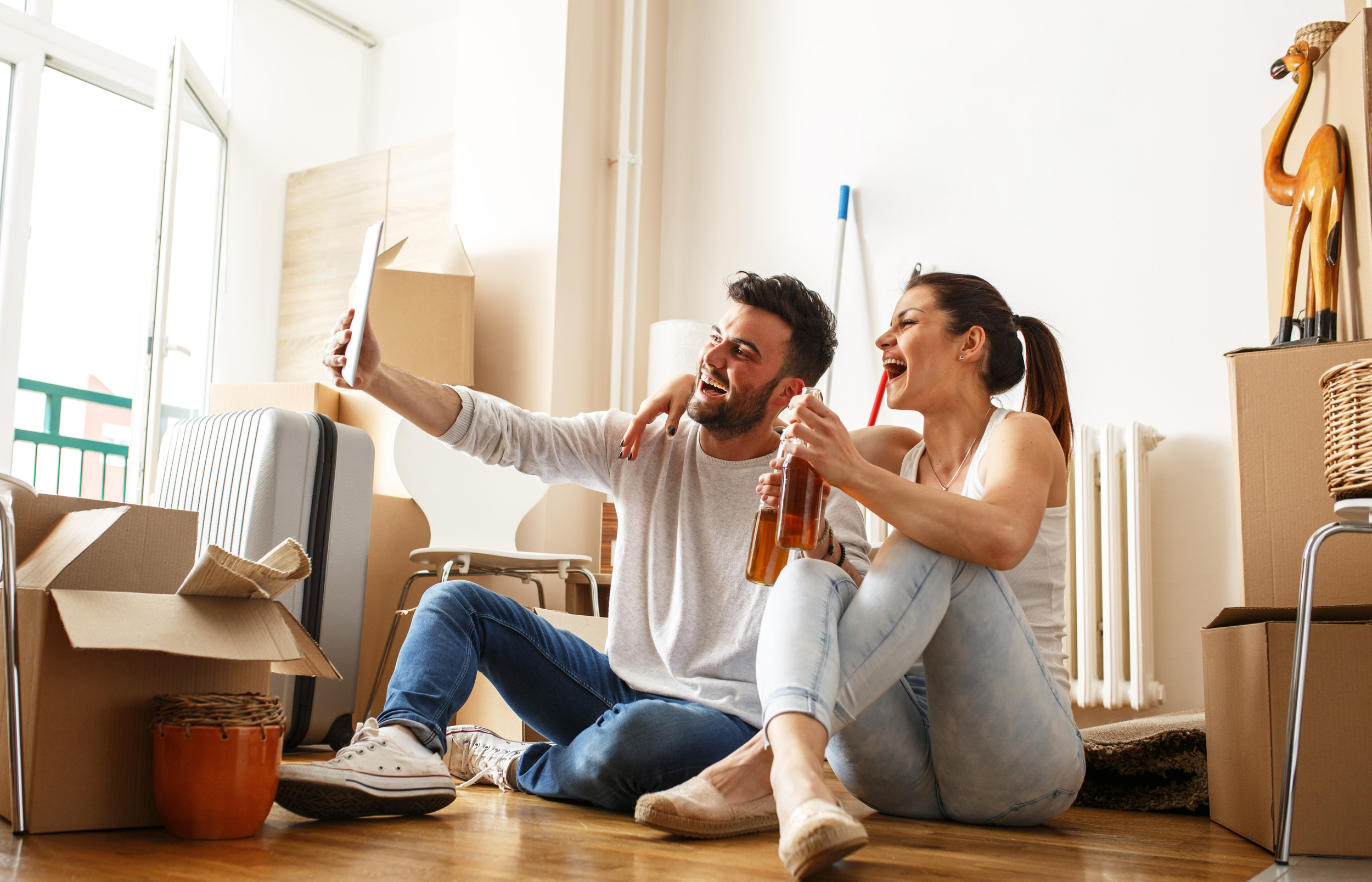 Why millennials are finally starting to settle down and buy homes

Why millennials are finally starting to settle down and buy homes

Millennials are finally starting to show interest in homeownership.

Weighed down by massive student debt and job struggles, the generation brutalized by the Great Recession has lacked both the money and the desire to buy homes. They've been a generation of renters.

But as millennials have entered their 30s, established themselves financially and started having families, they've gradually begun to show interest in homeownership, according to Fannie Mae economist Douglas Duncan.

To be sure, millennials still trail other generations in home buying by a long shot. But they are making gains as they age.

"They were hard hit by the economy, went back to college because they couldn't find jobs and got a later start," said Duncan. "They will start catching up."

The trend comes as a relief to real estate agents desperate to sell homes and economists worried that the economy would remain bogged down without enough first-time homebuyers. Typically, 20- and 30-somethings play an essential role in the economy and housing market. They become first-time homebuyers, filling their new homes with everything from appliances to yard equipment. Millennial home purchases also give older generations the chance to sell their own houses and move up.

Millennials are coming of age as homebuyers, though, just as housing prices are climbing and a lack of homes in some markets is causing bidding wars.

Russ Page and his fiancee, Jessica Doane, have experienced the rigors of the market in Chicago. Both now 28, they weren't in a hurry to buy earlier as they tried to get careers on solid footing. But as rents in the Chicago area climbed, they started asking themselves if they were wasting too much money on rent and they were tempted to move from a distant suburb closer to downtown Chicago. They recently found a home they wanted in the trendy Bucktown neighborhood _ a sunny two-bedroom condo overlooking parkland. Yet they lost it as many buyers competed for the same unit. The winning buyer offered $10,000 over the asking price.

"Jessica was pretty upset," said Page. Still, he remains wary about overspending on anything he buys.

"I remember vividly the housing crash," he said. "I was in college, and I watched my parents take a huge loss on their home. It was surreal."

So despite his feeling of stability, with his job in sales and his fiancee's as a quality assurance supervisor, he wants to stay within a limited budget.

Surveys of millennials show his attitude is widely held. They are a practical generation that watched parents struggle to hold onto jobs and homes as unemployment soared to 10 percent and housing prices crashed 30 percent in the Great Recession.

But Duncan, who has been tracking today's millennials as they have been aging, is picking up on some solid trends in millennial home buying. He has seen distinct increases in buying as millennials have moved from their early 20s to late 20s and into their 30s. For example, as he followed a demographic group of people ages 28 to 29, he found that by the time the individuals were 30 to 31, they increased their home buying by 2.8 percent.

Millennials seem to be doing at a later age exactly what their parents' generation did when younger, Duncan said. Millennials as a generation have delayed marriage and have waited for several years for the job market and pay to improve. But as incomes rise and they marry and get ready for children, they are less interested in cramming into studio apartments in high-demand areas, and start searching for homes or condos they can afford to buy.

Chicago real estate agent Josh Weinberg said that when young renters find out that a two-bedroom rental apartment in the near-downtown neighborhood of River North is going to cost $3,800, they suddenly get serious about buying.

"The trigger for 25- to 34-year-olds is getting married," said Joseph Kirchner, senior economist for Realtor.com, the website affiliated with the National Association of Realtors. The next is children.

"What spurred it for us was we had a baby on the way and we wanted to have a nursery," said Dan Waltz, 32. And apart from having a child, he and his wife Allison were in no position to buy a home earlier. Waltz graduated from law school in 2010, when few law school graduates were finding positions. Loaded with law school debt, he at first took a writing job, then a law-related job and ultimately a job at a law firm that now feels stable.

That stability, along with his wife's job in public relations, gave them the confidence to buy. They recently purchased a two-bedroom condo and hope to stay there at least for five more years.

However, an increase in home prices is an issue for young adults because income growth still is very weak, said Duncan. Nationally, housing prices have been growing at four times the rate of incomes.

With the combination of rising prices and the impact of higher interest rates on mortgages, Duncan said the situation is "unsustainable" and will price first-time buyers out of the market.

Still, many millennials say they will not be pushed by concerns over rising prices to move faster than they should. Prior to the housing crash, which started slowly but took hold in 2008, people had been trying to rush ahead of fast-rising prices to buy while they thought they could. The overinflated market led to the crash.

Now many millennials have learned from the past and are determined to have their finances in solid condition before making a move.

"Have you seen the interest rates on student loans?" asked Leksi Culafic, a 27-year-old Chicago lawyer with student loans. She lived at home for a year after law school because "I wanted to aggressively pay down the loans," she said. Now she lives in an apartment near downtown and wants to buy a home eventually, but she's determined to get rid of the student loans first.

"Owning a home is a goal," she said. She's using apps to explore the possibility of buying a home or two-flat, but her intention is to pay off her law school loans over the next 1 1/2 years before making a purchase.

Visit the Chicago Tribune at www.chicagotribune.com

This article is written by By Gail MarksJarvis from Chicago Tribune and was legally licensed via the Tribune Content Agency through the NewsCred publisher network. Please direct all licensing questions to legal@newscred.com.

Related Topics
January 14, 2021
4 smart New Year's resolutions for homeowners
by Christy Bieber
January 07, 2021
How to get the down payment for a home purchase
by Erik Carter
December 31, 2020
How to save on air conditioning and heating in an older home
by David Leto