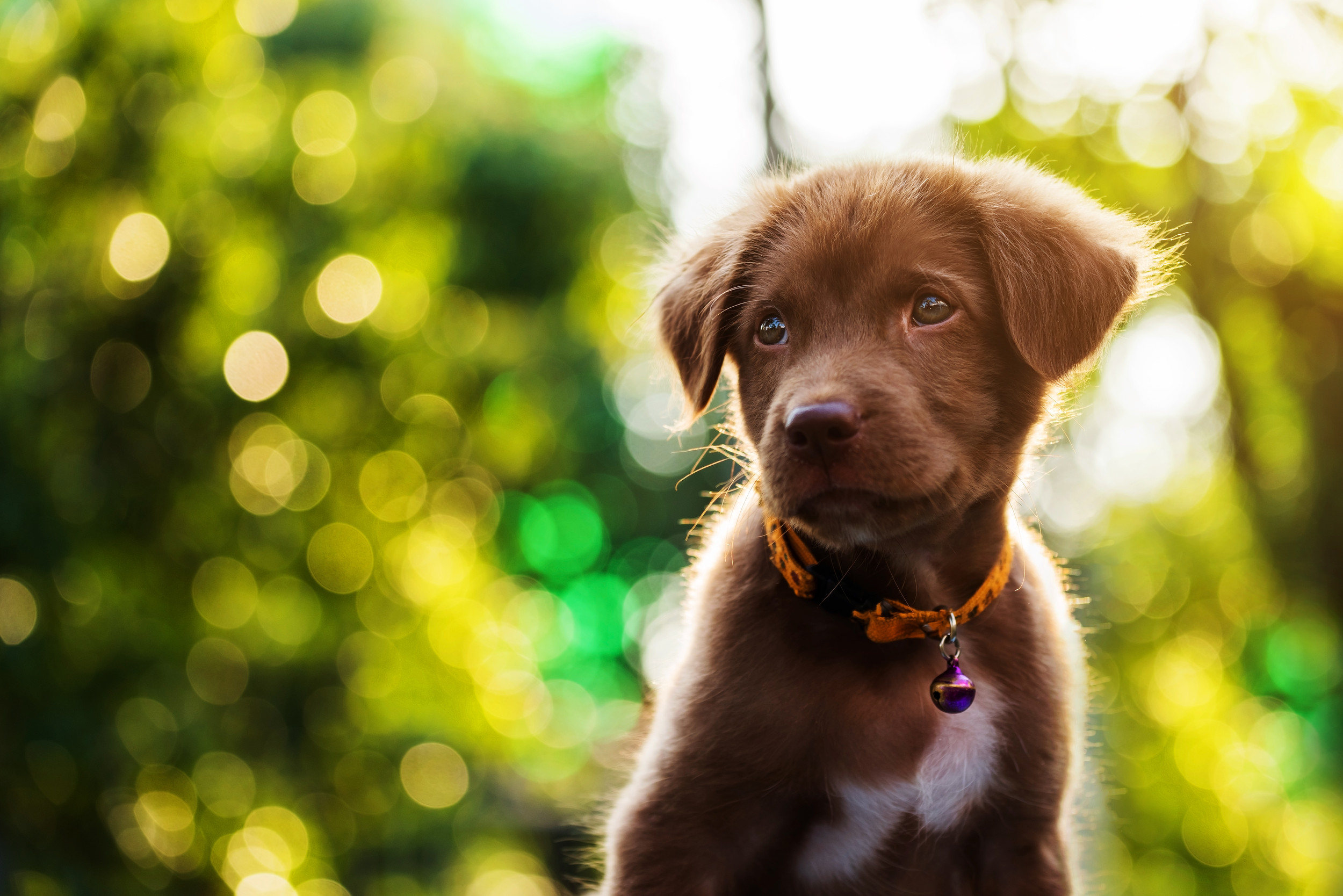 The real costs of dog ownership

The real costs of dog ownership

In the summer of 2015, our family collectively decided to get a pet dog. I was by far the least enthusiastic about the idea at the time, as I've never been a real enthusiastic pet owner, but after a lot of discussion, we made the choice to get a family dog.

We decided to adopt a rescue dog with a history that would not indicate any reason for the dog to not be around children and we wound up with a little Maltese-Yorkshire terrier mix named Dexter who had spent most of his life up to that point in a small kennel. He was owned by a couple that traveled a lot and, while they treated him reasonably well during the fraction of the day when he was out of the kennel, he spent about 10 hours per day in the kennel during the day when they were working and about eight hours in it at night when they were sleeping, giving him a grand total of six hours a day when he wasn't kenneled up. The family recognized that this wasn't a good situation for the dog, so they moved him on to a dog rescue service and then he found his way to us.

Over the past two years, most days you'll find me working from home with Dexter. He barks sometimes. He has to go outside to do his business. He wants attention sometimes and brings a ragbone into my office if I leave the door open and waves it around wanting to play. In other words, he's a minor distraction during my workday.

On the other hand, he knows when the children are going to arrive home and so about three in the afternoon, he curls up to wait for them and then there is much celebration and petting and playing when they come in the door.

Let's be honest: I'm not a pet person, and I know that about myself. However, given the joy that he brings to the other people in the house, I consider his presence to be a net positive, even for me.

Since Dexter joined our family, I've been carefully tracking the multitude of expenses that the pet has been responsible for, not to make some kind of "case" against the dog itself, but out of a curiosity as to how expensive the dog really is. What I've found is that he's surprisingly expensive.

Food: Dexter doesn't eat a whole lot of food. He's very good at self-regulating what he eats, so we just put food in his bowl when it's running low. He eats about a cup of dog food a day. We discussed options for food with his vet and follow his recommendations, buying that food in bulk (he told us several brands to avoid and gave us three or four recommendations, of which we chose one that Dexter seems to like and agrees with his digestive system).

A bulk bag of his food costs about $50 for a two-month supply. So, the cost for food for him is $25 per month. We could probably reduce that cost by simply getting a lower cost brand of dog food, but we do want him to be healthy and have a long life, so we follow our vet's advice. It's as simple as that.

Equipment: We have a bunch of equipment for Dexter: a food bowl, a water bowl, a bed, a kennel for emergencies (he's rarely in there with the door shut, but he hangs out in there a lot with the door open, which we assume is an artifact of his previous life), a collar, a couple of leashes, a few harnesses (you can't leash a dog of his type around the neck or it can injure him), and a few other odds and ends.

Most of these things were one-time purchases. However, he has this tendency to damage his leashes as he'll bite at them sometimes when we're walking – it's a quirk of his – and thus we've gone through several leashes and a few harnesses. Stretched out over Dexter's lifespan, we've spent roughly $10 per month on gear for him. I expect that number to slowly slide over time.

License: In our town, there's a $10 annual license fee to have a pet. With that $10, you get a small metal tag that dogs are required to wear. So, in order to have the dog outside of the house, we face an additional cost of $10 per year, or $1 per month rounded down. It's not a big expense, but we've paid it three times now, as you have to pay the full fee for partial years.

Vet Appointments: Dexter has regular vet appointments to keep up on his shots and to make sure he's in good health. He typically has a normal examination, a fecal test, a heartworm test, and his booster shots. The cost for this visit has been around $120 a year, or $10 per month.

He got very sick once – we think he ate something that he shouldn't have – and we took him to the vet in an emergency visit, which cost us $50. The vet checked him over and seemed to think that he was constipated and recommended some dietary changes that we were able to do on our own (he recommended mixing some things into his dog food). That definitely fixed the problem and Dexter was back to his normal self in a few days. So, it's worth noting that there are additional irregular vet costs with a dog.

Dog Door: Last year, we made the decision to replace the French door that faces our deck for reasons unrelated to our dog. It needed some significant repairs anyway and we didn't like the functionality of the door (it came with the house and I'm pretty sure they had their home arranged differently than ours), so we decided to replace it entirely.

We decided to choose a door that included a dog door on it. The additional cost was negligible; it really didn't make a bit of difference in terms of the cost.

However, what has made a difference is that the presence of the dog door has created a huge air leak in our home, one that I've tried various means to reduce but haven't figured out how to stop it completely. During the summer and winter months, it's been adding about $20 per month to our energy bill, according to my best estimates.

Supervision While Traveling: Sometimes, we travel to visit family or just on a family vacation. Sometimes, it's okay if Dexter goes with us; at other times, we're just not going to take him along and thus must find a dog sitter for him.

We have a great regular sitter for him who absolutely adores him. She has a few Yorkies already and Dexter is just another fun one in the bunch for her. We just take Dexter to her house and she'll watch him for $20 a day (including partial days), which is a solid price.

If we assume we're traveling for two weeks per year without Dexter, that adds up to $280 per year, or an average of $23 per month. This year will probably be below average; other years may be above average.

Treats: We buy Dexter occasional treats. He absolutely loves rag bones and will play with them endlessly until they fall to pieces. He also really likes peanut butter flavored dog treats (something we find ourselves in agreement on, since I'm a big fan of peanut butter, too). He also seems to quite like baby carrots.

My estimate is that we spend around $10 a month on such extra treats for Dexter, on average.

Total Costs: So, what does all of this add up to? My best estimate is that Dexter costs our family about $100 per month, on average. There are certainly some months that are higher and some that are lower.

It's worth noting that Dexter is a very small dog, which means that his food consumption is low and thus relatively inexpensive. It's also worth noting that we have a pet sitter who is a real bargain compared to other options in the area, which also reduces our costs related to our dog.

My feeling is that $100 a month for good care for a small dog is what you should expect as a minimum. This assumes no emergency medical costs or exceptional kenneling costs or anything else, but it also assumes that you're feeding the dog high-quality food and keeping up with his care and are also occasionally hiring someone to watch the dog.

So, what's the lesson of this story? If you get a family dog and expect to treat that pet in a humane fashion, the expenses will add up. Unless you start cutting substantial corners, $100 per month across all expenses is something that is a reasonable expectation.

Does that mean you should or shouldn't get a family dog? Absolutely not. I feel that our family gets a great deal of joy from having Dexter around. He is a very nice companion dog, friendly and loyal. He'll curl up beside you in the evenings, celebrate wildly when you come in the door, alert you when people come to the door, and be a constant joyful presence. However, the value of these factors depends on everyone's desire to have a pet and whether or not you want to take on the additional time and effort that is required for dog care.

The post The Real Costs of Dog Ownership appeared first on The Simple Dollar.

Related Topics
January 14, 2021
Want to get financially healthy in 2021? 5 simple New Year’s resolutions
by Liz Frazier
December 03, 2020
6 tips for teaching your kids about holiday budgeting
by Justin Weinger
November 25, 2020
When my wife took a 40% salary cut, we found ways to cut our spending by almost $2,500 a month
by Laura McCamy