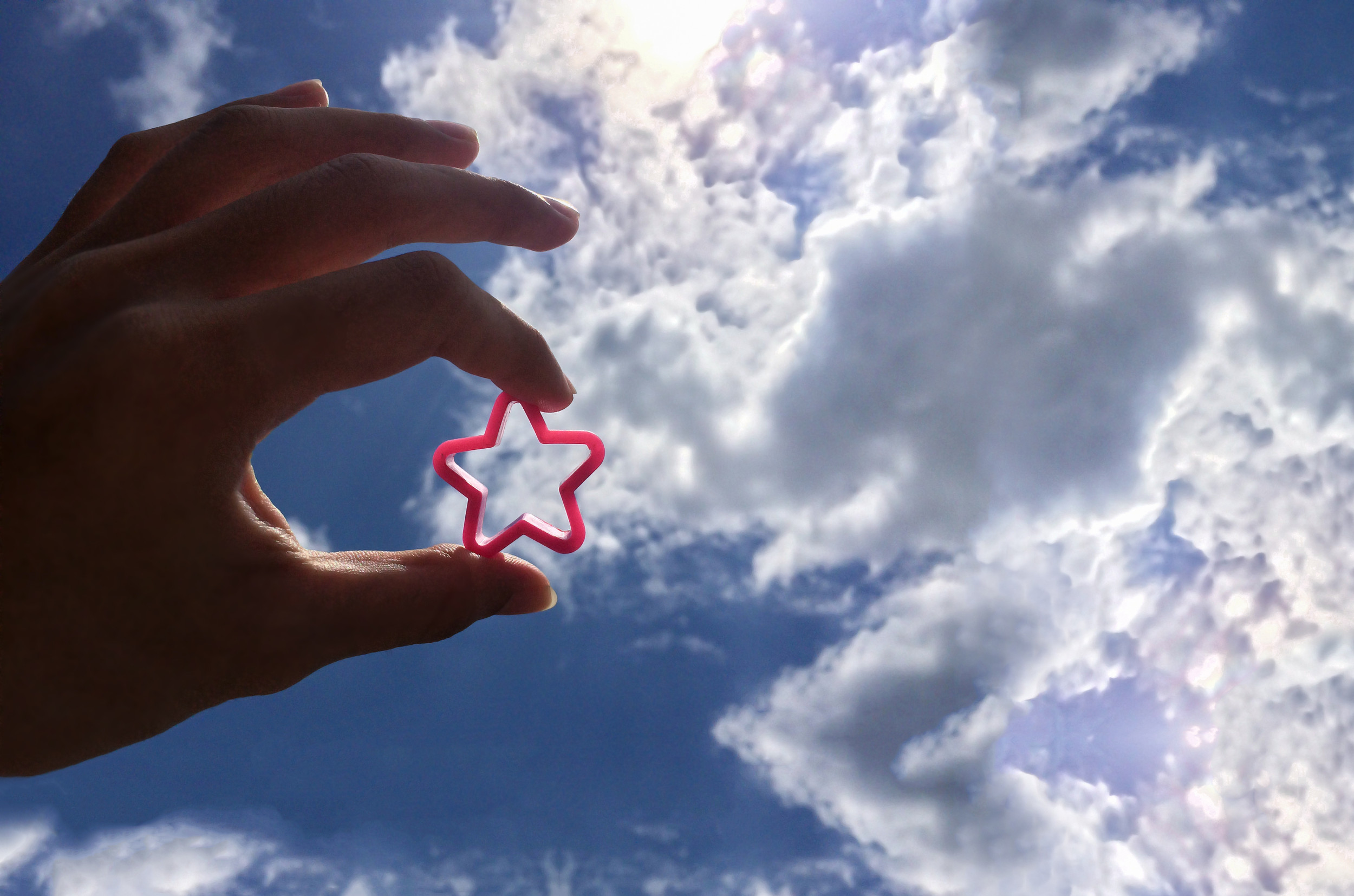 Over the last several years, I've paid off hundreds of thousands of dollars in debt and went from the precipice of bankruptcy to a path toward financial independence. I went from a career that depressed me to a completely different career that fulfills me. I did all this while undergoing major changes and challenges in my personal life at the same time.

There is a secret to it. It's one I've spelled out many times on this site, but never in such simple terms.

The secret is small disciplines, sustained over a long period of time.

It's simply making a very long-term commitment to a handful of small changes to your life and sticking to them like glue. That's it. Nothing more, nothing less.

The core of my financial turnaround came from simply deciding to stop spending money on wasteful stuff. I kept track of my expenses, figured out how much I was spending on things like food and beverages and hobbies, and put a monthly cap on those things.

My small disciplines are to keep nonessential spending – especially food and hobby spending – within a reasonable cap each month, to review my spending each month, and to make up for shortfalls and make corrections whenever the review isn't up to snuff. That's really been the core of my financial turnaround. I've sustained it for a long period of time.

The core of my career turnaround was to simply devote significant time and energy to a project outside of my normal job, a project that I cared about. You're reading the end result of that project.

My small discipline was to spend a couple hours each and every day writing content for The Simple Dollar, no matter how tempting it was to do something else and no matter whether it seemed like The Simple Dollar was immediately successful or not. To do that, I gave up some television watching habits and a few other time-wasting routines in my life. I've sustained it for a very long period of time, and I've actually grown that time in later years as The Simple Dollar thrived enough to become my primary employment.

All of the success I've had in those areas of life have come from sticking to some simple rules like that, ones that are a bit more difficult than the path of least resistance but not disruptive or impossible, and simply hanging with those new rules for a long time.

As I've grown older, I've seen this phenomenon prove to be true in every area of my life. My marriage feels incredibly strong, but that's because I have a small discipline of really devoting quality time to my wife each day, listening to her and helping her and showing her love through action. I feel like I'm successful so far as a parent because I do the same thing with my children – quality time for them each day, blocked off just for them. I've seen it in my physical health and my mental health and my personal development and my social life.

Why doesn't everybody do this, then? There are a few reasons that pop out immediately.

First, you typically don't see a lot of immediate success. I didn't see any real notable success from The Simple Dollar for many months, and nothing astounding for years. Sarah and I dated for more than six years before marrying. It took years to pay off all of our debts. The successes I've had didn't come quickly.

Even more than that, it often felt like I wasn't seeing much success at all in the early stages of those changes and new habits.

So, why did I stick with it if I wasn't seeing success? I knew that I would eventually get to where I wanted to be if I stuck with those little disciplines. My trajectory was true, even if I hadn't reached my destination yet.

Whatever it is, there can be some negative feelings about that change. Even if you're giving it up for something that will improve your life far more, people often still feel negatively about such changes.

Imagine, for example, that you've started counting calories. You have a family pizza night each Friday and typically eat three slices, but now you can usually only eat two slices and sometimes only one slice to hit your calorie target for the day. While you're on the right path of making small sacrifices for a greater good, sacrificing that "family movie night" pizza treat can still feel pretty negative.

People don't like to do that, and when it's combined with a sense that the little changes really aren't producing any sort of significant positive transformation in a reasonable amount of time, it can result in some serious negativity toward sustained change.

Third, most people try to follow the path of least resistance each day. Most people eventually fall into a routine that enables them to get the things done that they need to get done each day with a minimal amount of fuss. Almost always, small disciplines get in the way of that routine. It's like putting some sand in the grease of life – even though the changes are tiny, you really notice them and not in a good way.

Small disciplines virtually always stand in direct opposition to the path of least resistance. They make what can seem like a challenging and very full day even more challenging and full.

Those three drawbacks consistently result in the failure of most people to find the sustained successes in life that they want. I've really only found a few things that overcome those challenges.

One simple tactic is to make reflecting on your day and on your long-term goals an every single day kind of thing. Put aside some time – on your commute or during your shower or whatever – to think about the things you're trying to succeed at and the little daily steps you're taking to get there.

"I want to be financially independent. What do I need to do today to move closer to that?"

"I want to take this big career step. What do I need to do today to move closer to that step?"

Make that type of reflection into a constant daily habit. Keep your big goals in mind and constantly relate them to what you're doing right now.

Another tactic I value highly is to focus on things that are entirely under your control. Getting the big promotion at work is, at least in part, outside of your control. You don't make that hiring decision – someone else does. So, when you set something like that as your goal, you set yourself up for a significant chance of failure regardless of your efforts. That's a mistake.

A much better approach is to set goals based on your own efforts and choices such that the natural results of those efforts will bring you toward the overall destination you seek. Using that career example again, if you spend every day at work doing things to maximize your career, you're going to increase your odds of getting that promotion, but even if you don't get that promotion, your door is open to a lot of great possibilities. However, those possibilities are merely a natural outcome of your actual goal, which is to put in daily effort to improve your career standing. Your goal is to make that daily effort; the career opportunities are just the natural result of those efforts.

Another worthwhile tool is to judge your success by your efforts, not by the results. Many people judge their relative failure or success by whether or not they see immediate results from their efforts. You will raise your net worth if you spend less than you earn every month, but you won't radically transform things in a season. You will lose weight if you eat more calories than you burn each day, but you won't radically transform your body in ten weeks.

Your success is actually judged much more by your ability to consistently complete the small disciplines you set for yourself. If those small disciplines are well thought out, intended to push you toward your bigger goals, and are mostly focused on your own personal choices and effort, you're going to have results.

A final suggestion – review your goals and tactics regularly (but not constantly). Sometimes, you may end up choosing a small discipline that is producing results but not the results you're hoping for. For instance, you might be producing extremely well in some respects at work, but the things you're producing are actually just locking you into your current job. Ask yourself constantly whether the results you're producing from your little disciplines are really bringing you to the big goals you're seeking. If you find that they're not doing anything at all, then consider changing those small disciplines.

You shouldn't do this kind of reflection every day or every week or even every month, but perhaps once a quarter or twice a year. Succeeding at small disciplines will push you in new directions in life, but you need to give it enough time for those directions to become clear, and then you can step back and assess whether those are the directions you want.

In the end, almost all success in finances and in careers is produced by sustained small disciplines. It just takes time and patience and reflection to really see the results you want.

The post The Simple Secret to Sustained Financial and Professional Success appeared first on The Simple Dollar.

Related Topics
January 14, 2021
Want to get financially healthy in 2021? 5 simple New Year’s resolutions
by Liz Frazier
January 07, 2021
9 preventative car maintenance tips that will save you money
by Corazon Gritar
January 07, 2021
The 5 personal finance books you should be reading in 2021
by Eric Brotman